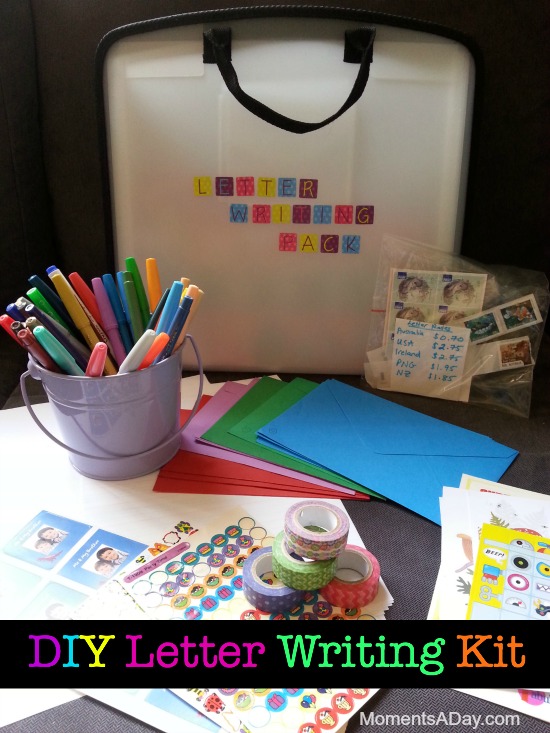 My kids recently started a pen pal relationship with two children who live across the ocean. A friend I met when I did volunteer work in Israel (who is actually originally from the Philippines and now lives in Ireland) has children of the same age and, after discussing the possibility of our kids becoming pen pals via Facebook, we just received our first letter last week!  The boys were so excited to read their mail and to send letters in return.

When we got home from the post office, I decided to make the kids a Letter Writing Kit (you may notice I actually named it our Letter Writing Pack because I ran out of the letter “T” in the sticker set I was using to label the folder!).  I think having this little “kit” will make writing letters more straight forward in the future.  You know – having the stamps, envelopes, and other supplies all in one place for the kids to use by themselves!

But before I describe our Letter Writing Kit, here are five reasons I’m excited about this new pen pal relationship.

5 Ways that Having a Penpal Expands a Child’s Worldview

1. Having a friend from a different background will help the children imagine and empathise with other people around the world.

2. They will start to see countries on the map as real places that people actually live (not just coloured shapes with different names).

3. They will start to appreciate different lingo and languages, so that when they meet people of other cultures they will not be surprised by linguistic differences.

4. They will hear about different life experiences – like foods, outings, sports – and therefore be more open to trying new things in the future.

5. They will get a hunger to travel the world and see the places their pen pals live, which is the best way to really learn about and appreciate the beautiful diversity we have in this great big world of ours!

Now here’s a short description of our DIY Letter Writing Kit – put together in about 10 minutes with supplies we already had around the house. 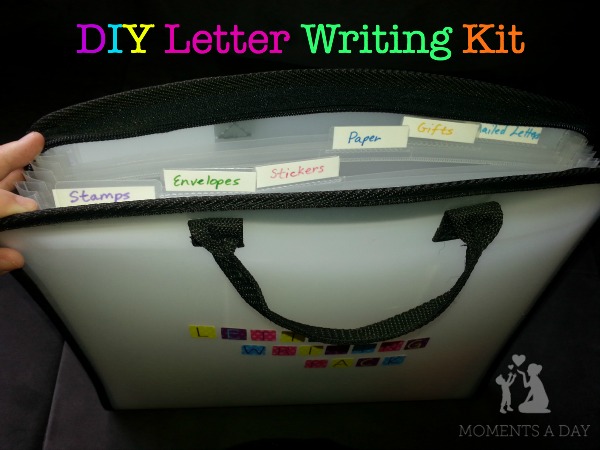 How to Create Your Own Letter Writing Kit

We happened to have a sectioned folder I wasn’t using any more, but a box or basket would work just fine.  We added:

*Stickers and washi tape (to decorate the letters and the envelopes)

*Paper (lined and plain white for now; when they get older they may want to use stationary)

*”Gifts” (postcards, photographs, or sticker sheets to add to our letters)

*Mailed letters (a place to keep the letters that the boys have received!) 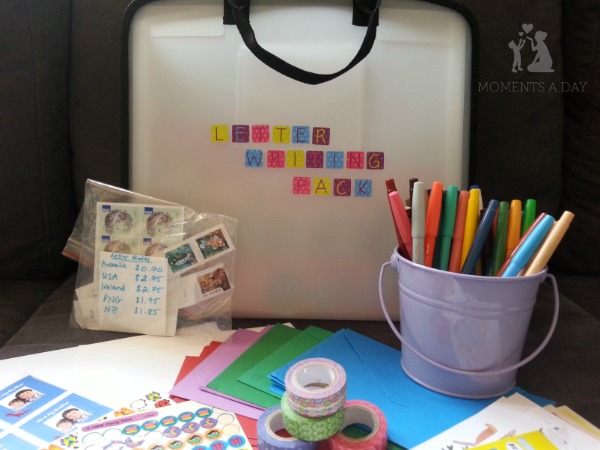 I am keeping the folder in our storage area so that when the boys receive a letter they can take it out and start creating their responses!  I’m also hoping that having this kit will encourage the kids to write more regularly to their grandparents and cousins who live overseas.

Do your kids have pen pals?  What would you add to your Letter Writing Kit?