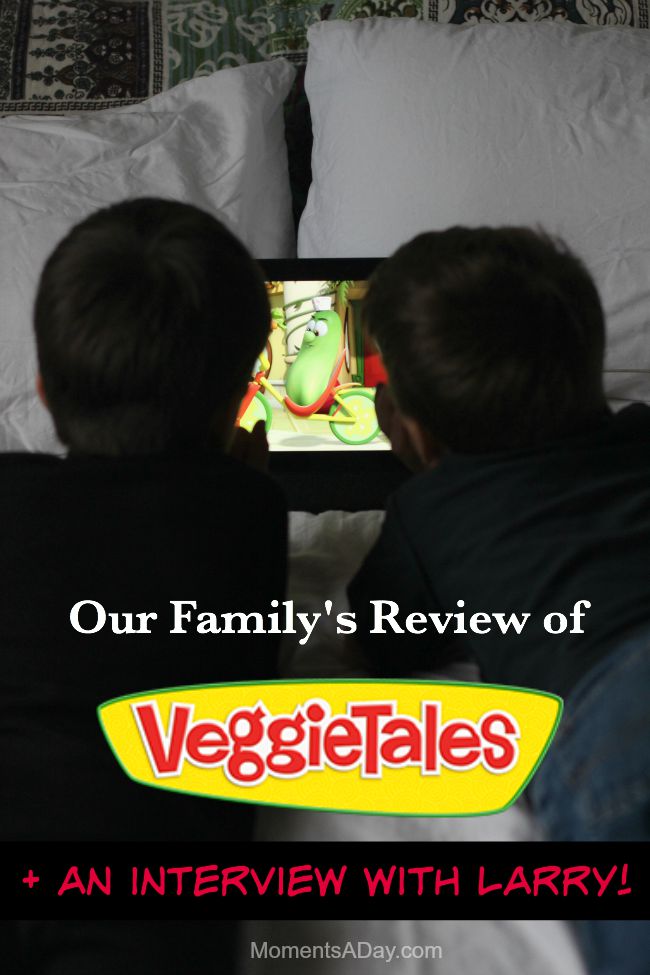 I am always on the lookout for kids’ shows that promote positive behaviour.  So when I saw VeggieTales after we signed up for Netflix I was pumped.  Featuring two funny friends – Larry (a cucumber) and Bob (a tomato) – the show scenarios target a problem that the characters eventually solve, learning a life lesson during the process.

Though the show itself is faith based and sometimes incorporates a short piece of scripture from the Bible, I think most people would agree that the values shared in the show would be agreeable to anyone regardless of religious background!

Here’s what my sons have to say about VeggieTales:

6 year old: “I like it because of all the funny parts.”

4 year old: “I like the pirates!  And how they make stuff out of vegetables!”

A few months ago I was invited to be a part of the Netflix stream team here in Australia and was given the opportunity to interview a character off one of the Netflix shows.  I asked my boys who they wanted to talk to and they both agreed: “Larry!!!”

So here it is – our interview with Larry.  We decided to ask him about being a good friend so we could learn from his (funny) wisdom.  I hope you and your kids enjoy the interview has much as we did!

Interview with Larry from VeggieTales

Hi Larry!  It’s great to meet you.  What is your favourite part about being on the show?

I really love getting to ride my bike on the ceiling. It’s either that or getting to hang out with all my friends and eat sardines. Or… and I’m just thinking out loud here… Monster trucks! Wait! Hold on! I got it. I love being on a show that is a ton of fun and teaches kids great values AND having a new friend made out of bacon. By the way, I dig your Australian spelling. Green is my FAVOURITE COLOUR! Spell check underlines that in red, but it doesn’t know! 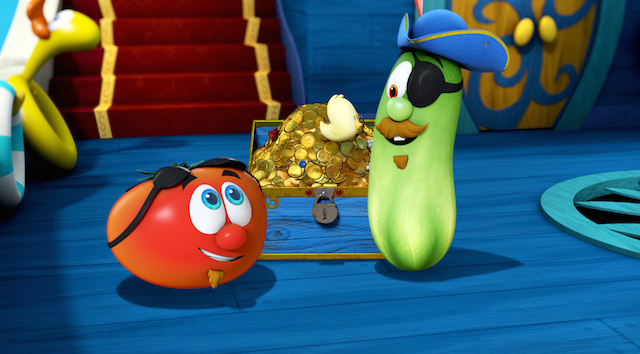 I would like to ask you some questions about the virtue of friendship. I think you and Bob have learned a lot about being good friends. What do you think is the most important part of being a friend?

I think the most important thing about being a good friend is knowing how to listen. Sometimes we disagree. Actually, we disagree a lot. Like when it comes to riding my bike on the ceiling, for example. I think it’s super fun, but Bob thinks it leaves tire marks around the lights and is contrary to the laws of gravity. When I take the listen to him, I get where he’s coming from.

It’s not always easy when friends do things we don’t like. What should we do if a friend says something that hurts our feelings? 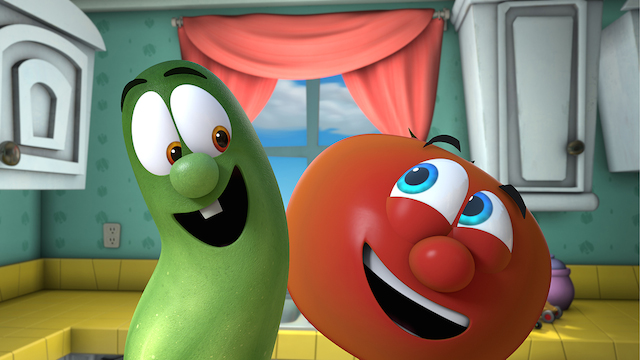 What should we do if we go to a new place, like a playground, and we don’t know anyone? What’s the best way to make new friends?

I think the best way to make a friend is to be a friend. That means being kind and considerate and letting other people know that they are important to you. Also, try to be patient. Sometimes it takes awhile to make friends and that’s OK! Sometimes you click right away. Like I tell Bill, “you had me at bacon.”

Yeah, that comes up quite a bit! When I remember that we should put others first, that really helps me. I can offer to let Bob go first, and then he appreciates it and offers to let me go next. OR he appreciates it so much that he lets me go first. It always works out when you are considerate! 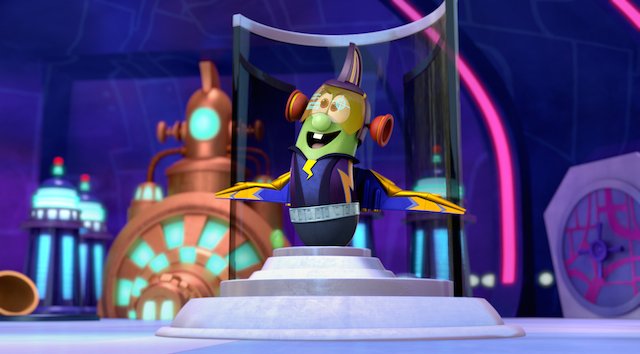 If you could tell kids one thing about what true friendship is, what would it be?

If I could say just one thing, I would say three things: Put others first, be considerate, and always be wiling to forgive!

Thanks Larry for sharing your wisdom about friendship!  We look forward to seeing you again on the show.

Have you and your kids seen VeggieTales before?  Do you like it as much as we do?