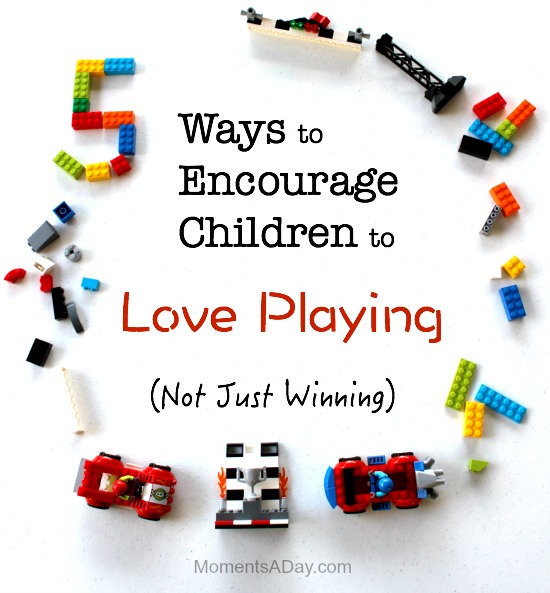 Last year was my older son’s first year of school, and I immediately noticed an upsurge in his competitive nature.  Not only in athletics or the ability to do various things on the playground, but even in academics.  The kids in my son’s class were quick to label who “reads the best” or has reached the “highest level in maths”… I was actually surprised that competition develops in kids so young!

Noticing how other people around us are achieving is a natural observation however I do not think competing with others should be encouraged, especially for young children.  (I do think children should realise no one can be the “best” at everything and they need to learn to be gracious losers… but this can come when they are a bit older.)

Whenever competitive language comes up with my own children, I try to focus on how much they enjoy what they are working on so that the attention shifts to their inner experience instead of how they “line up” to those around them. 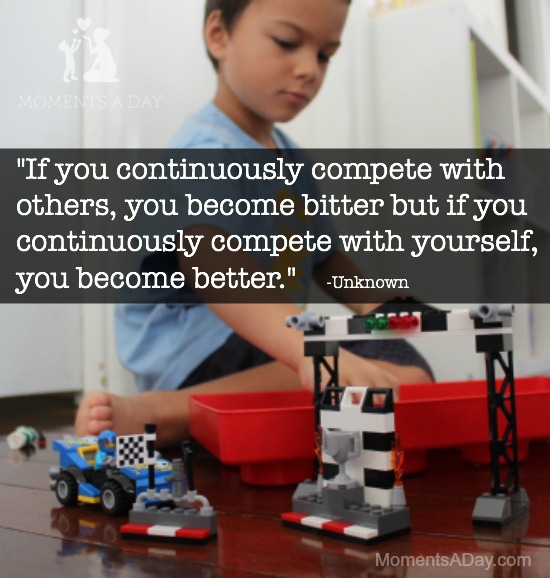 I tell my children there are times in life when we simply will not be the best.  And there are times in life when we may score the highest, run the fastest, or get the award.  But what matters in the end is what is in our heart.  If we are kind and caring to those around us, that is what is most important, because that award or label will eventually go away.  The only person we should compete with is our own self.

I know my children will succeed in some areas, may be average in others, and will even fail at times.  To help prepare them for the future while they are still at such a tender young age, I try to offer them activities and feedback that helps them develop confidence and a sense of personal accomplishment without solely focusing on “being the best” (or, even worse, being “better” than someone else) but instead enjoying their own unique experiences. 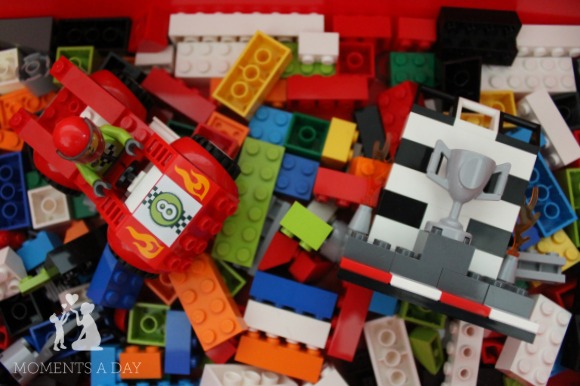 One of my son’s favourite activities is building with LEGO and I have found that encouraging this interest has not only allowed him a great deal of time and space for self-expression and creativity, but also the way he plays with the LEGO allows us to engage in numerous conversations about doing our best and appreciating what others can do, as well.

After all, with LEGO there are endless ways to build and create.  You can follow the directions and it’s awesome to make what is in the booklet, but there are so many other ways to play and re-create the LEGO structures so you can make something totally different as well.  This is a wonderful practical example to kids about looking for the best in what everyone can do.  Everyone will go about things differently, but we can all create something amazing. 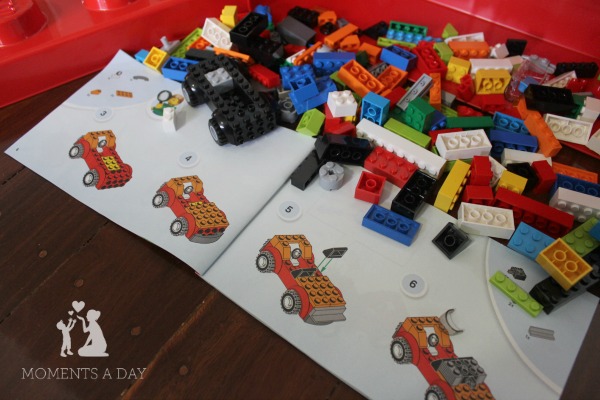 Creating real life settings or scenes with toys can naturally lead to discussions with kids about what they are thinking about and experiencing.  Best of all is that you can have these conversations while the kids are having FUN.  For children, there is no better way to learn than through play.

For example, as my older son was putting together some parts of the above race car set the first time he immediately began talking about how one racer was going to be a “cheater.”  I asked him about his own experiences with cheating, and he went on to tell me about how another student had held him back by pulling on his shirt during a race.  This prompted us to talk about winning and losing, the importance of playing fair, and the purpose of playing at all – which is to have fun and enjoy an activity with others people.  Since the discussion was during play, it came easily and he was able to process his feelings in a non-threateening way.

With all the LEGO creations being made at home, I have thought a lot about how to respond when my kids show me their various structures and creations.  I think using encouraging phrases that focus on a child’s effort and enjoyment of their activity versus the outcome can help curb competitive tendencies – especially with two children making things at once so comparison doesn’t take over!  Here are five ways I am working to verbally encourage my children in their play (and help them not focus on winning or being the best):

“You worked it out!”

Instead of the ever-so-easy “Good job!” this phrase compliments a child on their effort instead of the finished “job.”  Working through challenges is actually so much more important than getting it right the first time.  Our resilience for struggling through hard times is a major asset to all parts of life.

“Wow!  Tell me about your creation.”

I love to hear my children’s observations and thoughts before putting my own feedback at the forefront of the conversation.  It’s amazing what my kids see as the most important and noteworthy aspects of their creations – sometimes they are totally different than what I notice myself!  By letting them express their own thoughts, they are gaining confidence to feel good about what they make based on their own opinions instead of mine.

This gives my kids the opportunity to tell me about what they went through during the process… again focusing on the personal experience versus the final outcome.  Usually they end up telling me quite a few steps that led them to their final creation, which I think helps them appreciate the journey they went through instead of merely the product at the end.

“What is your favourite part?”

My kids surprise me with the intricate details of their creations that I rarely see on my own without asking them open-ended questions.  Sometimes one tiny block has a background and function that can only be described with a full-length story!  I think this conversation helps them see the best in their own creations, too.

“What are you going to do now?”

I often think my kids are done based on their desire to show me something that looks completed, but that is usually far from the truth.  My kids love to re-create LEGO masterpieces, which is one of the most awesome things about this toy (or any other open ended building toy) in my opinion.  It can be re-built and mixed with any other LEGO set for endless open-ended fun.  Looking to the future instead of focusing on one result is a good habit to practice.

Basically instead of focusing on building “the best” creation, I want my kids to just build something that they love!

Are your kids competitive?  How do you deal with it?